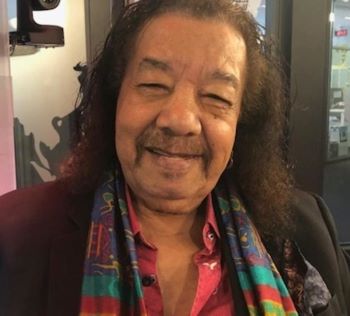 Veteran Brazilian trombonist RAUL DE SOUZA died on Sunday 13th June. He was 87 and died in France where he’d lived for some time. His family announced his passing on their social media: “With great pain, the family communicates the death of Raul de Souza, tonight, in France. Guerreiro, as always, fought until the end of his forces against cancer. Our Brazilian hero left for eternity, leaving for everyone his greatest legacy, his music. We are immensely grateful for the support that all of you have always shown.”

De Souza was born in Rio De Janeiro in 1934 and he recorded his first album in 1957 as a member of the band Turma da Gafieira. He went on to work with people like Baden Powell, Sérgio Mendes, Airto Moreira, Milton Nascimento, George Duke, Cannonball Adderley, Herbie Hancock, Jaco Pastorius and Flora Purim. Working with Duke, his best-known solo works are probably the albums ‘Sweet Lucy’ and ‘Don’t Ask My Neighbours’. A somewhat itinerant musician, De Souza lived in Mexico, the USA and France. He moved to France in the late 90s.

With the saddest of poignancy, the trombonist has just released an album, ‘Plenitude’. De Souza recorded the album with  a band he dubbed ‘The Generations Band’. Band members included Swiss trombonist Christophe Schweizer, pianist Alex Correa, bassist Glauco Solter and drummer Matheus Jardim. The 16-track album (6 tracks are short spoken interludes and include De Souza’s tributes to Wayne Shorter and George Duke) proffers new, exciting arrangements of some of Raul’s early successes  like ‘Sweet Lucy’ and ‘Daisy Mae’ alongside new compositions. Clearly age didn’t mean his playing lost any of its attack and vibrancy. Indeed, working with younger players clearly served only to reinvigorate his music.

RAUL DE SOUZA and The Generations Band ‘Plenitude’ out now on Must Have Jazz/Membran.