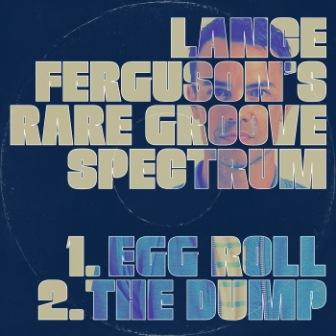 Avid sleeve readers will know all about Aussie muso LANCE FERGUSON. He’s a soul and funk multi tasker working here, there and everywhere but most notably with his own band The Bamboos and The Putbacks, Hiatus Kaiyote and Kylie Auldist.

Lance has just embarked on an ambitious project which he calls “the Rare Grove Spectrum”. The idea is that Mr F will dig out some ultra rare and classic soul and funk tunes and re-record them giving them a 21st century Aussie twist and he’s just released the first single which pairs ‘Egg Roll’ with ‘The Dump’. Originally recorded by the M&S Band, the former is really hard to find while the latter was originally a minor hit for The Soul Vibrations. Ferguson gives them both a big brassy and funky treatment – cinematic in places.

Coming up are Rare Groove Spectrum versions of James Mason’s ‘Sweet Power, Your Embrace’, Anderson Paak’s ‘Am I Wrong’ and Pleasure’s ‘Joyous’.