RARE FUNK AND SOUL FROM GERMANY 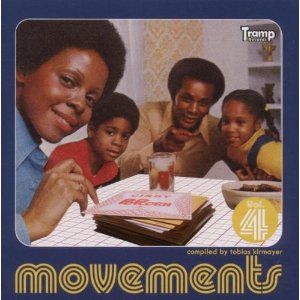 Based in Upper Bavaria, Tramp Records is the brainchild of Tobias Kirmayer, a funk fanatic and DJ, who has began a compilation series called ‘Movements‘ in 2005 for the Munich-based Perfect Toy label. The series has now reached a fourth instalment (‘Volume 4’) and has just been released on Tramp in CD, double-gatefold LP and digital download formats. It contains 16 obscure and hard-to-find soul, funk and jazz nuggets from the late-’60s/early-’70s sourced from a welter of small American indie labels.

Kirmayer is also responsible (alongside collaborator and fellow crate digger, Daniels Wanders) for another fine new compilation on Tramp – ‘Feeling Nice – Volume One,’ which is subtitled “A Collection Of Super-Rare Funk 45s From The Late ’60s And Early ’70s.’ There are 12 tracks in all, including lost sides from esoteric acts such as The Czars, Clarence Curvan, Billy Storm & The Tempests, JC & The Soul Angels, James Polk & The Brothers, the Soul Dukes, and Sunrize.

For more info go to: www.tramprecords.com