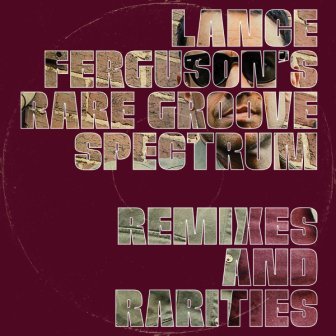 Aussie all round soul muso LANCE FERGUSON is here, there and everywhere! He fronts the Bamboos, works solo as Lanu and has collaborated with each and every Aussie soul “name” – notably – The Putbacks, Cookin’ On Three Burners, Hiatus Kaiyote, Kylie Auldist and more.

Last autumn he launched his ambitious RARE GROVE SPECTRUM. The project’s aim was/is to dig out some ultra rare and classic soul and funk tunes and re-record them with a 21st century Aussie twist. It was a huge success and Ferguson’s takes on stuff like Milton Nascimento’s ‘Brazilian Rhymes’ and Googie Rene’s mod classic ‘Smokey Joe’s La La’ won plenty of radio and club play.

Lance now returns with a new ‘RARE GROVE SPECTRUM… REMIXES AND RARITIES’ EP that offers his version of Jimmy Smith’s ‘8 Counts for Rita’ , a Flow Lab Kid mix of Michael White’s spiritual jazz track ‘The Blessing Song’, a revival of the Blackbyrds Theme and a new Alex Attias mix of James Mason’s ‘Sweet Power, Your Embrace ( a tune featured on the original ‘Rare Groove Spectrum’ project. )