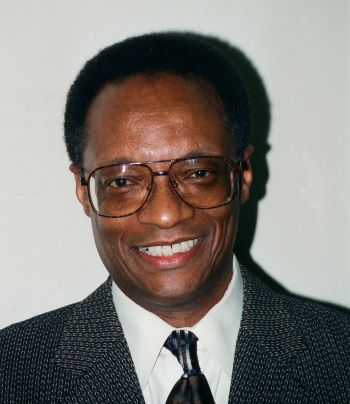 Jazz legend RAMSEY LEWIS died at his Chicago home on Monday 12th September. He was aged 87 and the announcement of his passing offered no further details.

Lewis was  born in Chicago in 1935 and was brought up in the city’s Cabrini Green housing project (also home to Curtis Mayfield). He took piano lessons as a boy, playing regularly in church. He eventually joined a jazz group called the Clefs. When members of that band were drafted into the army to fight in Korea, Lewis broke away and with drummer Red Holt and bassist Eldee Young, he formed his own Ramsey Lewis Trio who were soon signed to the local burgeoning Chess label. They debuted on record in 1956 and soon became mainstays on the jazz circuit.

The trio broke through in 1965 when their version of Dobie Gray’s ‘The In Crowd’ became a pop hit. That hit and the follow ups, versions of ‘Hang On Sloopy’ and ‘A Hard Day’s Night’ (like ‘The In Crowd’, all recorded live in concert at the Bohemian Caverns jazz club in Washington) turned Lewis into a reluctant pop star while ‘The In Crowd’ won him the first of his three Grammy Awards.

Young and Holt left in 1966 (forming their own successful band) to be replaced  by Cleveland Eaton on bass and future EWF founder and Chess studio  drummer Maurice White. The new line up found success straight away with their brassy, powerful version of the spiritual ‘Wade in the Water’ – a tune that became a mod and club anthem in the UK.

‘Wade In the Water’ was the last of Ramsey Lewis’ pop  hits but he continued (with different trio line ups) to enjoy success on the R&B and jazz charts with tunes like Sun Goddess. Lewis went on to work  and record  in a variety of musical settings. In 1995 he put together the Urban Knights “supergroup” with  Grover Washington Jr., Earl Klugh, and Dave Koz.  That  group (with different line ups) recorded 8 albums and in 2005 Lewis recorded the acclaimed gospel album ‘One Voice’.

In the 1990s he began hosting a syndicated weekly radio program, ‘Legends of Jazz With Ramsey Lewis’  and in 2006 he hosted a public television series of the same name, which featured live performances by Dave Brubeck, Chick Corea, Pat Metheny, Tony Bennett and many others.

More recently Ramsey Lewis presented his monthly ‘Saturday Salon’ livestream series, produced during the pandemic by his wife Jan. His forthcoming album, ‘The Beatles Songbook: The Saturday Salon Series, Volume One’, which will be released November 11 by Steele Records, was drawn from those livestream performances. Ramsey also spent the last year of his life working on his memoir ‘Gentleman of Jazz’ with his co-writer Aaron Cohen. The book will be released via Blackstone Publishing in 2023.

Ramsey Lewis led a full, multi-garlanded musical life and some  jazz purists viewed his pop break through with  scepticism. Remember though, that in 2007, the National Endowment for the Arts named him a Jazz Master, the nation’s highest honour for a jazz musician. So much for their scepticism!

Ramey  Lewis is survived by his wife, Janet; his daughters, Denise Jeffries and Dawn Allain; his sons, Kendall, Frayne and Bobby Lewis; and a number of grandchildren and great-grandchildren. His sons Ramsey Lewis III and Kevyn Lewis died before him.