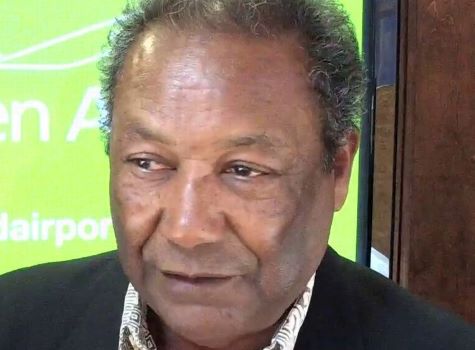 Soul singing mainstay RALPH TAVARES has died. Reports are sketchy but it seems that Ralph died on Wednesday, 8th December – just two days before his 80th birthday. Cause of death has not yet been revealed. Ralph was a key member of family group Tavares, best known in the mainstream for the hit ‘Heaven Must Be Missing An Angel’. Though soul fans know that there was much more to the group than catchy, disco dancers!

Ralph Tavares was born and raised in Providence, Rhode Island – the fifth of ten brothers. The family’s first attempt at forming  a band was as “Chubby and the Turnpikes” which featured  siblings Pooch, Chubby, Butch, and Tiny; after his stint in the army, Ralph joined them in 1965.

In 1974, the Turnpikes became Tavares and scored their first hit with ‘Check It Out’ which established their sweet harmony sound. Their first number one R&B hit was  a cover of Hall & Oates’ ‘She’s Gone’. ‘It Only Takes а Minute’ secured the band another #1. Other chart toppers included ‘Heaven Must Be Missing An Angel’, ‘Don’t Take Away The Music’, and ‘Whodunit’ whilst their version of ‘More Than A Woman’ was featured in the movie ‘Saturday Night Fever’.

Ralph left the group in 1984 to spend more time with his family. He became a court officer in New Bedford , a position he held until his retirement almost 30 years later. Ralph reunited with his brothers in 2013 for the National R&B Music Society Black Tie Gala concert in Atlantic City where they were honoured with Lifetime Achievement Awards. Poignantly, the brothers sang together on stage for the first time in 37 years.

In 2014, Tavares were inducted into the Rhode Island Music Hall of Fame.