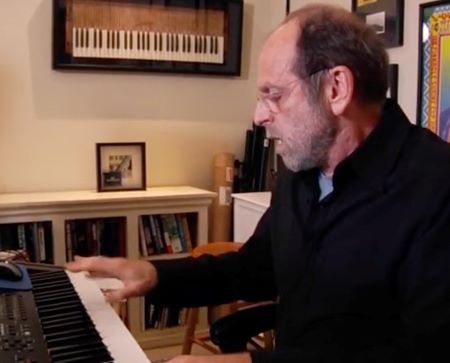 Keyboardist, producer and composer, RALPH SCHUCKETT died on Wednesday 7th April. He was aged 73 and no cause of death was reported but it’s known that he had been in ill health for some time.

For many Schuckett will best remembered as a member of Todd Rundgren’s Utopia, but he also played on Carole King’s first three albums, wrote film and TV scores and featured on countless high-profile sessions.

Since his death was announced tributes have flooded in. Carole King wrote: “Ralph was a sweet guy, a great friend, and a very talented cat. That’s his sparkling piano on ‘Smackwater Jack.’ Rest In Peace and love.” While Rundgren posted: “The last time I saw Ralph was almost three years ago. He came to see Utopia during sound check at the Wiltern, a gig that was supposed to be his. After, we talked for a while outside the stage door and I watched him walk away slowly up the incline, embarking on an unknown path that has ultimately led to here. But the way I prefer to remember him is from a time long ago. We were a new band on one of our first tours. Our gig in Albuquerque was cancelled so we decided to spend a few days in Santa Fe at the Sonesta Hotel, an adobe and tile open-court design. Someone had gifted us a pile of mushrooms, which band and crew all consumed, and we spent the day at a pueblo reservation. It was early in the a.m. by the time most of us retired and the hotel became quiet, but for the distant sound of a piano. I followed the music and found Ralph playing a floor below me, the sound gently filling every corner of the building. He had his back to me, so I just listened to him spin out notes and colours and emotions until I grew sleepy and went back to my room. For the rest of my life, this is where Ralphie will be — improvising in the back of my mind.”