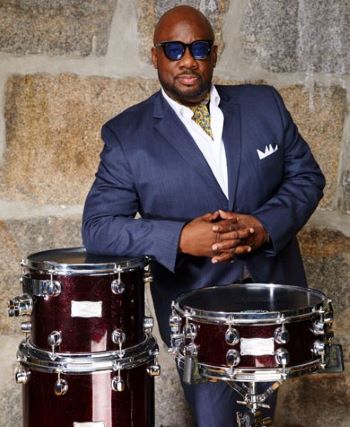 Celebrated jazz drummer Ralph Peterson Jr. died today, Monday March 1st. He was aged 59 and had been battling cancer for some time.

Born in 1962 and raised in the beautifully named Pleasantville, New Jersey, Ralph’s first instrument was the trumpet. But as several members of his family were drummers, he eventually moved to the drum stool himself.

His first big break was in in 1983 when he secured the job as second drummer with Art Blakey’s Jazz Messengers. He then went on to work with people like Terence Blanchard, Walter Davis. David Murray, Roy Hargrove, Regina Belle, Branford Marsalis, Wynton Marsalis and the Count Basie Band.

By the late 80s Peterson was recording as a leader, releasing several albums with differing line-ups. He also taught at Boston’s Berklee College of Music and the Philadelphia University of Arts and in 2010 he started his own Onyx Productions jazz label on which he released his Art Blakley tribute, ‘The Messenger Legacy’.