RAJA-NEE IN THE MIX…. 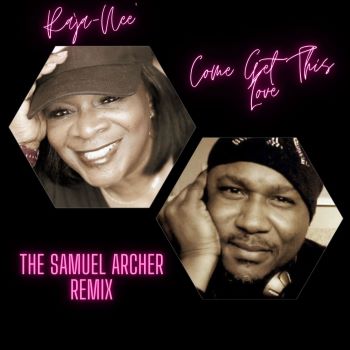 RAJA-NEE is a veteran Chicago soul singer who began her singing career in church. She broke through working with the Chi-Lites then in 1994 she teamed up with Jam and Lewis scoring US soul hits with ‘Turn It Up ‘and ‘Walking Away With It’. Sadly, her career trajectory stuttered as Perspective Records ran out of steam.

Last year she made an impressive comeback with the sultry ballad ‘Come Get This Love’ which was actually credited to “Raja-Nee with The Saint & Wilfred Frelix”, but Raja was the star of the show and no wonder it hit no. 1 on the UK soul chart.

Raja really loves this “comeback” track – so much so that she’s gone and had it remixed by Samuel Archer the founder of “Muzilog” an online magazine publication, focused on music, entertainment, and culture. Mr. A tightens things up a little, but the pace is still smooth and sedate and, we believe that the vocal has been re-recorded.  It’s a classy piece of work and is bound to prove popular on the steppers scene when the folk want something a little gentler. It’s out on July 2nd.