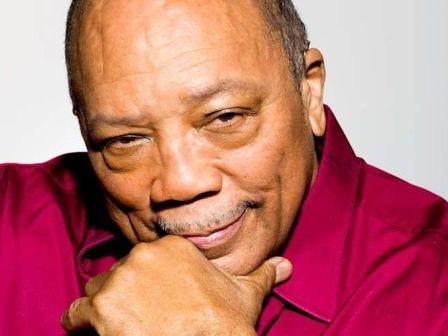 Multi-award winning music maestro QUINCY JONES is all set to pick up a brand new prestigious honour. On December 11, at the Manhattan Penthouse, 80 Fifth Avenue in New York City, Jones will be awarded with a “Louie”…. an occasional award, presented in remembrance of Louis Armstrong – to those who’ve made major contributions to American music in general and who’ve helped to preserve and promote the cultural legacy of Louis Armstrong.

The Louie Award is sponsored by The Louis Armstrong House Museum, the long-time home of Louis and Lucille Armstrong. The Museum is a US National Historic Landmark and can be found at Corona in the New York borough of Queens. Since its opening in 2003, more than 100,000 visitors from all over the world have made the pilgrimage to one of jazz’s most important monuments. The Museum’s programmes feature historic house tours, jazz concerts, and a wide variety of educational programmes. The Museum owns and administers the largest research archives in the world for any jazz musician and also features displays highlighting the wok of “Louie” winners