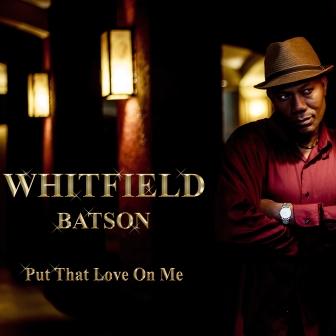 Whitfield Batson is a London born singer who was brought up, though, in Barbados. When he returned to England his love of music drew him into management …. eventually working with the Undivided Roots Band in 1984. Whitfield also penned songs for Glen Goldsmith before going on to work with Jet Star music distributors. He returned to Barbados in the 90s and continued to work in the music biz though he also took up acting.

Right now, though, Mr B has stepped out from the background to cut his own single… a steady, catchy groove, ‘Put That Love On Me’. Given Whitfield’s pedigree you won’t be surprised to learn that alongside the main mix, ‘Put That Love On Me’ also comes in a bright Maxi Priest-ish reggae mix.