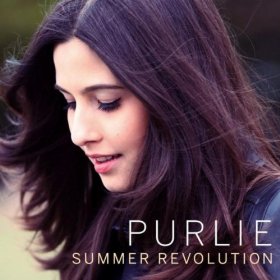 PURLIE is the alter ego of young German singer/songwriter MARGRET SCHWEND and working with Norwegian producer HAVARD ROSENBERG she’s just released her debut album – the laid back and relaxing ‘Summer Revolution’. Yes, summer may well be a long way away but the pleasing little 11 tracker might just help you through those dark and cold winter nights.

Reordered in ROSENBERG’S Stavanger studio, the sound of the album is electronic pop but, especially in PURLIE’S beguiling vocals, there’s a definite soul undertow. The most soulful cuts are ‘Again’, ‘Behind The Scene’ and ‘Dreaming Of’ while the album’s title cut has a great, uplifting optimistic summer vibe … as you’d expect from the title.

‘Summer Revolution’ is available from all the usual internet portals and you can find out more @ www.facebook.com/Purliemusic