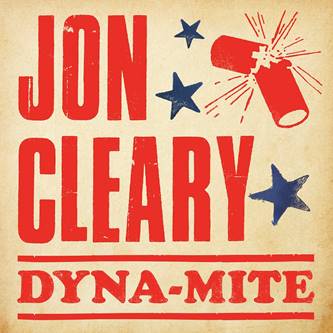 Though he was born in England,  New Orleans is where singer/songwriter/pianist Jon Cleary‘s heart really belongs. Originally from Cranbrook in Kent, Cleary, who was raised in a family that was passionate about music, was mesmerised by Crescent City rhythm and blues as a young man, thanks to the Professor Longhair records in his uncle’s music collection. After he left school in 1980 aged 18, Cleary bought a one-way ticket to the Louisiana city that had enthralled him since his adolescence and aimed to soak up the ambience and storied history of the place that gave the world Dr. John, Fats Domino, and Allen Toussaint.

Drawn to the Maple Leaf bar, where he initially got a job decorating it, Cleary was offered a chance to showcase his musicianship by the venue’s management when James Booker failed to materialise for a scheduled concert. This led to Cleary, who plays guitar and keyboards,  working as a sideman in New Orleans. As the years passed, his reputation – and talent – blossomed, so much so that he released his debut album in 1980.

Though he continued to record and tour as a sideman – for such notables as Taj Mahal, John Scofield, and Bonnie Raitt, with whom he’s touring in the UK this summer – Cleary’s solo career has led to nine highly-regarded album with which he patented his own distinctive Big Easy-infused funk and R&B sound. His latest is ‘Dyna-Mite,’ the follow-up to 2015’s Grammy-winning ‘GoGo Juice.’

Laden with infectious hooks, ‘Dyna-mite’ is a 10-song collection co-produced by the smoky-voiced singer/songwriter together with John Porter and features rising jazz vocalist Jamison Ross on drums. The tracks range from irresistible percussion-driven New Orleans party grooves – such as the opening title song  to slinky horn-laced funk (‘Unputdownable’ and ‘Hit, Quit, Git, Split’) to the reggae-tinged ‘Big Greasy’ and jazz-inflected pop of ‘All Good Things.’  Cleary also demonstrates his prowess as a romantic balladeer with the delightful and soulful slow jam, ’21st Century Gypsy Singing Lover Man. ‘

‘Dyna-Mite’ is out on July 13th via Thirty Tigers