PULL UP TO THE BUMPER…. 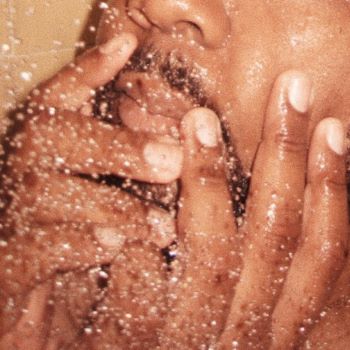 DWY is the musical alter ego of Andrew Amoah. Born in Florida but raised in South London he now works out of Los Angeles and he’s been releasing music since 2018 when he debuted with the single, ‘Over You’. In 2021 DWY (pronounced Dewey by the way) made real  impact with his debut “mixtape” ‘8-Bit Memories’ . He now follows that with  a  new “mixtape”  ‘Self Contained’ which is due September 23rd.

In the meantime he’s just released a taster single – a hugely atmospheric ‘Pull Up’.  Produced by Mell Beats and Dennis Mercier, the haunting song’s theme is about asking a former lover to pull up once more as the protagonist  conveniently reminisces only about the good times in their relationship. The singer says: “This is my ego standing at the front of my mind saying ‘f*ck who you’re with, I’m that n****…and I’ll always be’. Sometimes the devil on your shoulder wins and puts the angel in a headlock. It’s about sending that text at 1:39am when you know she’s moved on, but just gotta know. The intersection of vulnerability and ego are in a standoff.”

Sonically ‘Pull Up’ is built from the same haunting components that made last year’s ‘8-Bit Memories’  so compelling. It’s dreamlike, tranquil and other-worldly and betrays DWY’s respect for artists like Frank Ocean and Kanye West . West’s album ‘808’s & Heartbreak’ proved influential  for the Londoner who set out to craft a sound that (like that album) told stories about human connections and the human experiences.