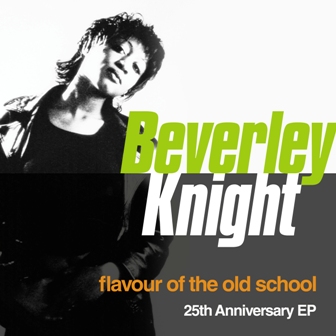 Here’s a surprising statistic… it’s been 25 years since DOME RECORDS released BEVERLY KNIGHT’S ground breaking  ‘FLAVOUR OF THE OLD SCHOOL’. Yes, it really was 1995 when Dome launched the tune which went on to become a mainstay in clubs and weekender venues for… well, forever!

Dome Records has decided to mark this anniversary with an EP of six of the original mixes of the tune, all newly remastered in 2020 style.  All the classic mixes are here including an early Full Flava tweak and the track (in all its forms) really has stood the test of time and, as importantly, it opened the way for Ms Knight to become something of a national treasure- an MBE no less!

The new ‘Flavour’ EP will be available from this Friday (29th May).