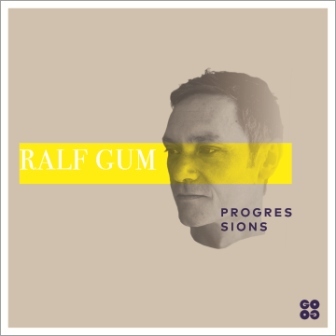 RALF GUM impressed all and sundry with his last album, 2014’s ‘In My City’ The genial German music maker/DJ/producer proved he’d come a long way since his emergence in the 90s. Back then he was a top soulful house spinner/mixer. He starred at any number of Southport Weekenders and graced venues worldwide…. he’s big in the States, Ibiza and, of course, Japan!

In 2008 Ralf relocated to South Africa –a country which he freely admits is “the most vibrant dance nation I know globally” and his music began to diversify. He admits that he started to focus less on rhythm and more on the essence of the song and though what he created remained totally danceable it developed a more crossover appeal, winning fans right across the soul spectrum.

Underlining that evolution Ralf’s latest long player is called ‘Progressions’ and like ‘In My City’, though the music is rooted in soulful house, there is also plenty of variety and shading. Equally, like ‘In My City’, Ralf has brought in plenty of “names” to help him flesh out his ideas. From a soul perspective, most interesting collaborator is Tony Momrelle who adds his Stevie Wonder-ish tones to the lovely ‘Ready For Love’… a tune, like a lot on the album, that will please both the modern soul crowd and the more sophisticated house heads.

Amongst the other guests are Paul Randolph (‘We Repeat’), Lady Alma (‘A Time And A Place’ and South African superstars Mafikizolo who feature on the lead single, ‘Uyakhala’.

Ralf says: “Progressions captures a lot of life changes for me and now finally feeling fully settled in my South African environment, I am grateful how the album both lyrically and musically reflects the different moods and experiences I have lived through during the last 4 years, all thanks to my amazing collaborators.” The album is out now on Ralf’s own GoGo label.