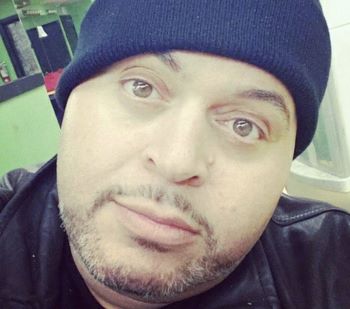 Rap pioneer, PRINCE MARKIE DEE died on Thursday, 18th February. Few details have been made public save that the one-time Fat Boy was aged 52 and just one day away from his birthday. His manager Louis Gregory posted: “Forever in my Heart. Prince Markie Dee was more than a rapper; he was one of my very best and closest friends. My heart breaks today because I lost a brother. I’ll always love you Mark, and I’ll cherish everything you taught me. Tomorrow is your birthday, swing my way big bro.”

The pioneer rapper was born Mark Anthony Morales in February in 1968 and with Darren Robinson and Damon Wimbley he formed the Disco 3 who later morphed into the Fat Boys who hit the ground running in 1983 when they won a talent show at Radio City Music Hall – charming the judges with their beatboxing, quirky humour and odd demeanour.

The Fat Boy’s first two albums — 1984’s self-titled debut and 1985’s ‘The Fat Boys Are Back’ — both produced by rap legend Kurtis Blow – were successful and helped bring rap into the mainstream. Their biggest single hit was a cover of ‘Wipeout’ which featured the Beach Boys. They scored again with a Chubby Checker guested version of ‘The Twist’.

When the Fat Boys split, Dee enjoyed a solo career (in 1992 he scored a no. 1 hit with ‘Typical Reasons’) and he also worked with people like Mariah Carey, Jennifer Lopez and Mary J. Blige (the latter recording his ‘Real Love’ to become her first Top Ten hit). Latterly Dee hosted radio shows.