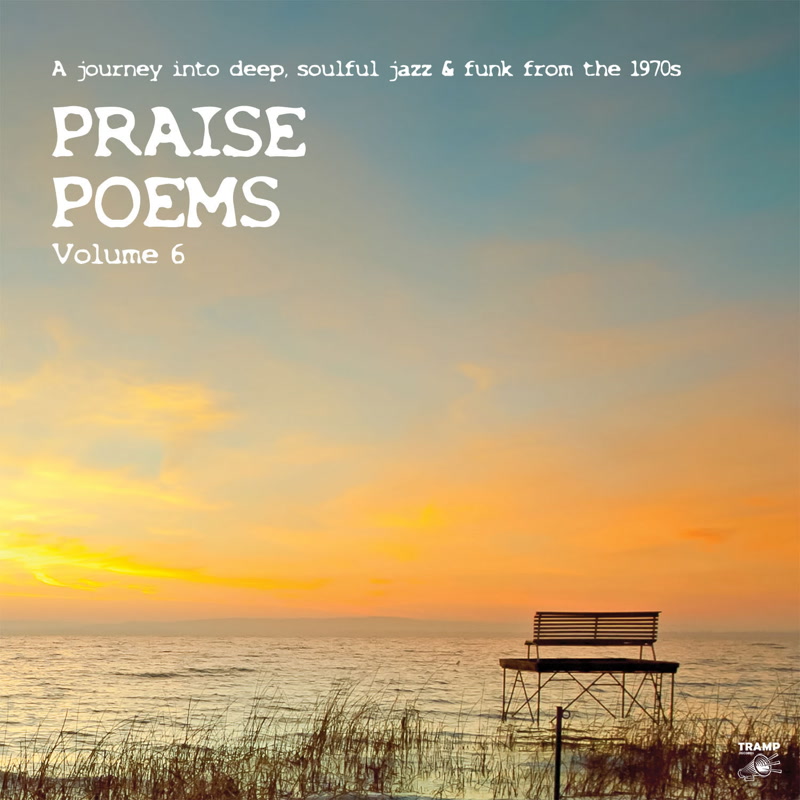 The sixth edition of TRAMP RECORDS ongoing ‘PRAISE POEMS’ series wins release on April 6th. The new 16 tracker stays true to the ethos of the first five volumes… that’s to say the menu offers a selection of off the wall, rare soul, soul-folk and jazz from some on the genres’ great unknowns. Indeed we’re told that none of the included music has ever been featured on any previous compilation… anywhere!

Highlights? Well there are plenty. Most immediate grabber is a Rotary Connection flavoured cover of Stephen Stills/Buffalo Springfield’s ‘For What It’s Worth’ from Cesar’s Children while fans of Oscar Brown Jr will be delighted by Frederico Cervantes’ ‘Bethca Never Knew’ – one of the best tunes the Chicago jazz legend never recorded!

‘Laughing In The Sun’ from Elrige Anselmi is classic West Coast harmony/blue-eyed soul; Ted Ritche and Friends’ ‘Soda Creek Ferry’ offer something similar with an added Joni Mitchell twist; Orange Lake Drive’s ‘Rare Thing’ is the LP’s romantic moment; and jazzers will delight in the brassy/bassy ‘For All The Good Times’ from Rama Dyushambee. Yep, something for everybody with eclectic tastes. To put this into context; if you like Expansion Records ‘Ethereal Magic’ series…. you’ll love this.

PRAISE POEMS 6 is released on April 6th on Tramp Records – who, by the way, are celebrating their 40th anniversary this year! Praise due!