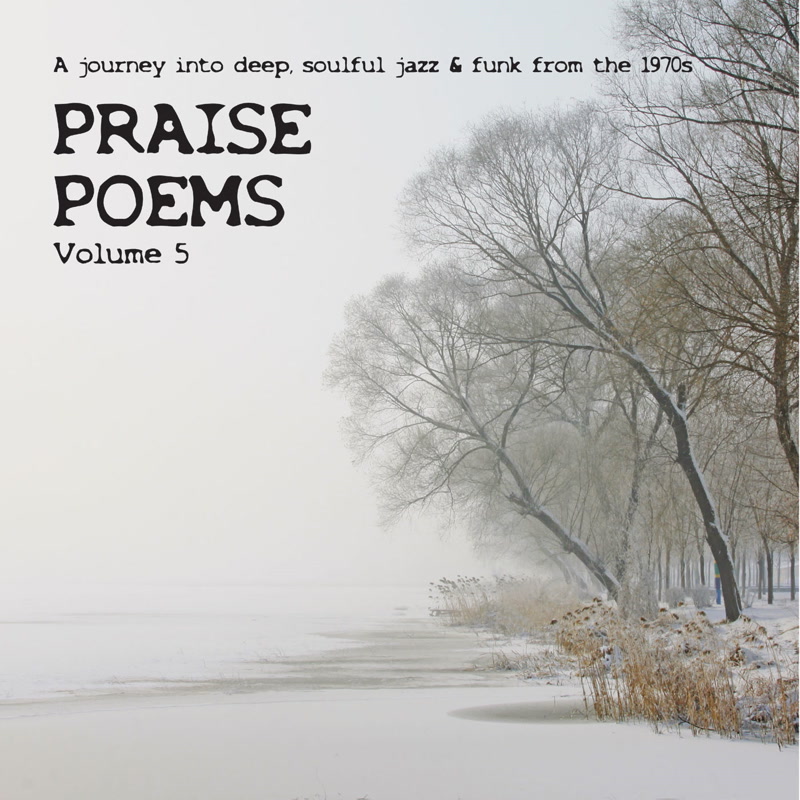 Germany’s TRAMP RECORDS are set to release the 5th instalment of their ‘PRAISE POEMS’ series. The idea behind the eclectic ‘Praise Poems’ thing is to seek out and anthologise rare and esoteric indie soul and jazz and offer it as a challenge to what the Tramp label bosses called “the bourgeois excesses of the soul and jazz-fusion genres”.

Make of that what you will, but be sure to know that the 16 tracks here on volume 5 are ultra rare and appear on CD/digital for the very first time. I’m not familiar with any of the featured artists and the only tune I recognize is ‘Wade In The Water’. Like the Ramsey Lewis version of the gospel standard, this take, from the wonderfully named Charlie Chisholm Boss-Tet, is a live recording, though the lead instrumental is the trumpet (played by Charlie Chisholm, I’m guessing). It’s earthy soul-jazz of the highest order, matched by a mournful Hammond-led ‘Walk With Me’ from David Lee Jones.

Elsewhere, well ‘Chocolate Puddin” from Gate is a rather sparse funk item (the only funk song I know about diabetes!); ‘Sunshine’ from Magic sort of channels a disco-flvaoured Blackbyrds; while the closer ‘When She’s Gone’ from Anything Goes’ is jazz-flavoured Americana…. see what I mean by eclectic?

PRAISE POEMS 5 is released on Tramp Records on June 7th.