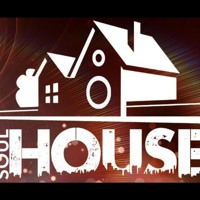 BRIAN POWER is a top, top radio DJ (catch him on Mi Soul) but he learned his trade on the London club scene. Last year he decided the time was right for a new UK label specialising in real quality soulful house, with the emphasis on the soulful. So it came to pass that SOULHOUSE RECORDS was born.

The label’s latest release is a wonderfully, optimistic slab of soulful house called ‘So Long Gone’. The painfully raw vocal come courtesy of the lovely REBECCA SCALES and the whole thing is crafted with so much passion that it serves as timely reminder of why good soulful house is so damn intoxicating. In the about-to-be-released Eric Kupper mix, ‘So Long Gone’ gets my vote (for what it’s worth) as this year’s very best soulful house tune! It’s officially released on Soulhouse Records on October 21st