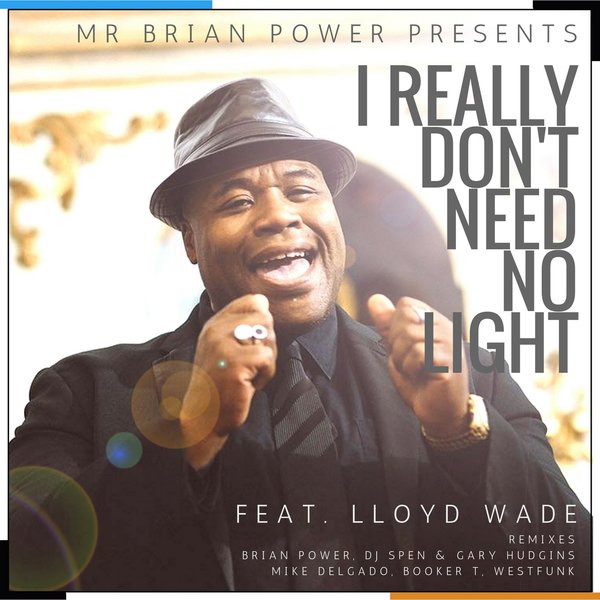 Way back in May we told you about a new, exciting label SOULHOUSE MUSIC. The signature releases we were told would be under the “BRIAN POWER PRESENTS” imprint and the first release was an energized new version of Jeffrey Osborne’s wonderful, but oft neglected 1982 single ‘I Really Don’t Need No Light’.

The new Soulhouse spin featured a soulful vocal from LLOYD WADE. You might remember him from his work with his siblings in Gospel group, the Wades. Since then he’s reached the final of X Factor (wow!) and worked with people like Eliza Doolittle, Daniel and Natasha Bedingfield, Little Mix and Amelia Lily. His soul credentials are as impeccable as his stentorian voice!

The Power/Wade version of ‘I Really Don’t Need No Light’ (in all its various mixes) has taken the airwaves by storm and it’s now officially available in a brand new mix courtesy of Mike Delgado – a guarantee to keep the cut current right through the upcoming festive season!