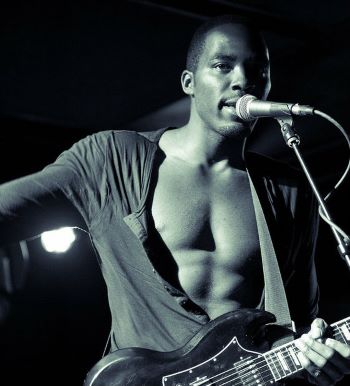 The intriguingly titled ‘Postcoital’ is the upcoming album from singer/songwriter and acclaimed guitarist EMMANUEL CASABLANCA. The 11 tracker is the follow up to his well-received 2019 Ropeadope EP, ‘It’s Getting Strange’.

Casablanca hails from Brooklyn and has worked with people like Bill Laswell (best known for his work with Herbie Hancock and Buckethead), Daxx Nielsen (Cheap Trick) and Doug Wimbish of Grammy Award winning band, Living Colour. And those names should give you a clue to his sound… what he produces has elements of rock, jazz, blues and funk with an old school soul undertow. To make it more specific, our man was schooled on classical music and gospel, then, after trying to make a basketball career, he discovered the wild guitar of AC/DC’s Angus Young. From there he immersed himself in the music of people like Albert King, Buddy Guy, Rory Gallagher and Freddie King. Though guided by those influences, Emmanuel insists he’s his own man. He says: “unfettered by cultural definition” and that lack of definition or pigeon-hole is apparent throughout ‘Postcoital’.

We could take that title track as an example. Emmanuel Casablanca’s ‘Postcoital’ isn’t lush, sensual or slinky in, say, the manner of Barry White or Teddy Pendergrass; his paean to après sex is a gentle, rather underplayed tune with some biting blues guitar. Sure, there are images of moonlight et al and (unneeded?) use of the F word but, sonically, it’s possibly not what the title suggests. File under “interesting and different”.

Elsewhere there’s funk/rock (‘I Got What You Want’), soul/blues (‘Touch Me’), a Prince style homage to his home neighbourhood (‘Brooklyn Groove’), overt sensuality (‘Sugar’) and a lot more besides – all of it Casablanca’s take on contemporary blues, rock and experimental soul. And an album with a tune devoted to Melody Gardot (‘Listening To Melody Gardot’) demands investigation for those with adventurous ears; it’s out on Ropeadope in Spring.