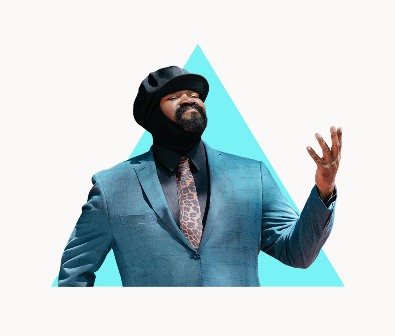 Back in January GREGORY PORTER announced he was preparing the release of a new album…..’All Rise’ which was pencilled in for release this month (April). Of course that was then and this is now and the world is suddenly a very different place!

Consequently Porter’s people have put the release back to late August. However, as a kind of compensation, he’s just issued a track from the LP as a single. It’s called ‘Thank You’ and it’s the rousing conclusion to ‘All Rise’. The cut is an old fashioned call and response gospel inflected song  that harks back to Mr P’s early days. He says: My new song ‘Thank You’ has a very special meaning. I wrote it about you, my fans – thanking you for coming to my shows, for listening to my music and supporting me through the years. I also wrote it to say thank you to all the people who have helped me on this journey, I am grateful to you for your inspiration and encouragement. But in this difficult time, I wanted to also thank all those who are working on the frontlines, those who are looking out for us. This song is about the roots of our faith that we can lean on to bring us through this dark valley. It is for family, for friends, for everyone. This song is for you. Indeed – another song for our times.