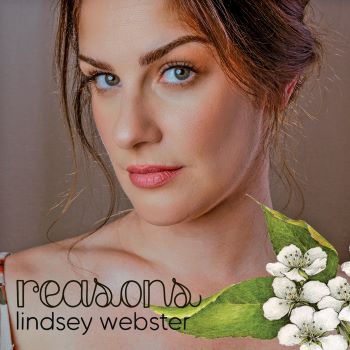 Fans of LINDSEY WEBSTER will be delighted to know that she’s preparing the release of a new album – ‘Reasons’, due 9th September (cover above).

In the time honoured PR fashion her team have just released a tasty, taster single – a slinky, suave, insidious ‘Stay With Me’. Of course, if you know Ms W’s music you could have guessed that the adjectives above would   be amongst the ones we’d use to describe  ‘Stay With Me’ . Here, though, there’s something just a little different. Such is the singer’s status that she can now call on some big names to help her flesh out her musical ideas. And in the contemporary jazz world, there are fewer big names than the garlanded Randy Brecker. On ‘Stay With Me’ Mr B adds some delicious flugelhorn flavouring .

The tune comes in two mixes. What I’m guessing is the original features an organic rap from Oakland muso Kev Choice – so, something else a little different for Lindsey. The “Soul Jazz” mix is more “classic Lindsey Webster” . It’s rap free and gives a little more prominence to the flugelhorn solo. This mix reminds me of Sade and oddly I’m reminded that in 2016 Lindsey became the first vocalist to hit #1 on Billboard’s Contemporary Jazz charts since Sade.

If you want to learn more about the musical craft of Lindsey Webster check out our exclusive interviews with her. Here’s the link to the first from 2016 https://www.soulandjazzandfunk.com/interviews/heart-to-heart-the-lindsey-webster-interview/

Here @ SJF we’re proud to say we were amongst the first media to champion Lindsey – long before others hitched on to her particular bandwagon.

Lindsey Webster’s ‘Reasons’ album will be released on September 9th via Shanachie.