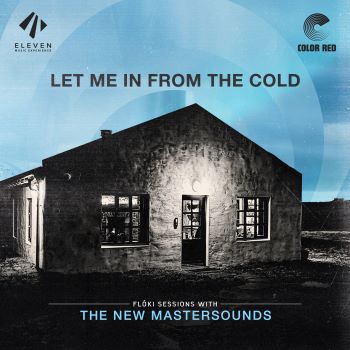 Hot on the heels of their July single, ‘Gonna Get In My Way’ , THE NEW MASTERSOUNDS are set to unleash a new single…. ‘Let Me In From The Cold’ which they describe as  a humorous song about a frosty relationship between a ‘hard to get’ woman and a man pleading for her affection.

Like ‘Gonna Get In My Way’, ‘Let Me In From The Cold’ was recorded in Iceland and the band say the sound is inspired by the country’s harsh climate though with a nod to Ray Charles and Mose Allison! Once again the vocals come  courtesy of long time Mastersounds collaborator Lamar Williams while Joe Tatton’s organ solo  is a track highlight.

Both ‘Gonna Get In My Way’ and ‘Let Me In From The Cold’ will figure on the Mastersounds’ upcoming long player, ‘The Deplar Effect.’ The album, the band’s 17th, was recorded at Floki Studios, located down in the valley of Eleven Experiences’ Deplar Farm in the Troll Peninsula, Iceland. Thus the title!