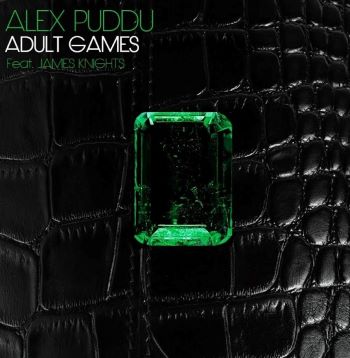 ‘Adult Games’ is an immediate, catchy cut …proper grown up, sophisticated, modern soul. Despite the title it’s not a sleaze fest, rather, a charming, laid back groove which Alex says was  inspired by things like the Isleys’ ‘Harvest For The World’. Vocalist on the track is British singer James Knights (from Scarlet Soho and Boytronic) while Puddu’s synth fills and Moog stabs alongside Burny Pelsmajer’s keyboard break are real delights. The track oozes a cool summer vibe – as befitting the fact that it was recorded in South Florida.

Alex Puddu’s ‘Adult Games’ is out now and comes recommended!