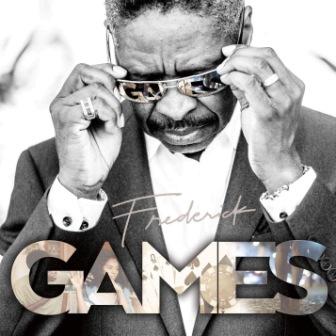 Earlier this year the UK soul world was in thrall to a track called ‘I Can’t Help But Love You’ from US soul man FREDERICK. Research revealed that Frederick has very long soul CV. Indeed Frederick Millard Davis (to give him his full moniker) charted way back in 1985 with the quiet storm classic ‘Gentle (Calling Your Name)’

Another of Frederick’s best tunes from that era was the sensual ‘Games’ and the Cleveland-born soul man has just re-recorded the song as his latest single. Riding a steady, groove the vocal betrays the years Mr. Davis has invested in the crazy world of soul music. He even finds time for a humorous old school poetic rap! It’s oddly mesmerizing and we believe that there’s an Ashley Beedle Ramrock remix in the pipeline!

FREDERICK’S GAMES is available via the usual download portals.