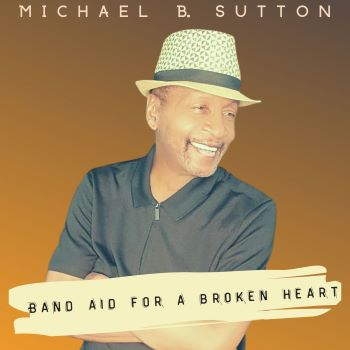 MICHAEL B SUTTON is something of a soul vet- maybe best known for his behind the scenes work at Motown. Taking the Gordy dollar, he’s worked as writer/producer with people like the Originals, Michael Jackson, Diana Ross, Smokey Robinson and Dennis Edwards.

Connoisseurs also know that Michael is a decent singer in his own right  and his 2002 album ‘Hopeless Romantic’ is held in high esteem by those in the know.

Our man’s just released a new single – a gentle and sweet ‘Band Aid For A Broken Heart’ and it reveals that maybe he should have stepped out in front of that mic more often. Out now!