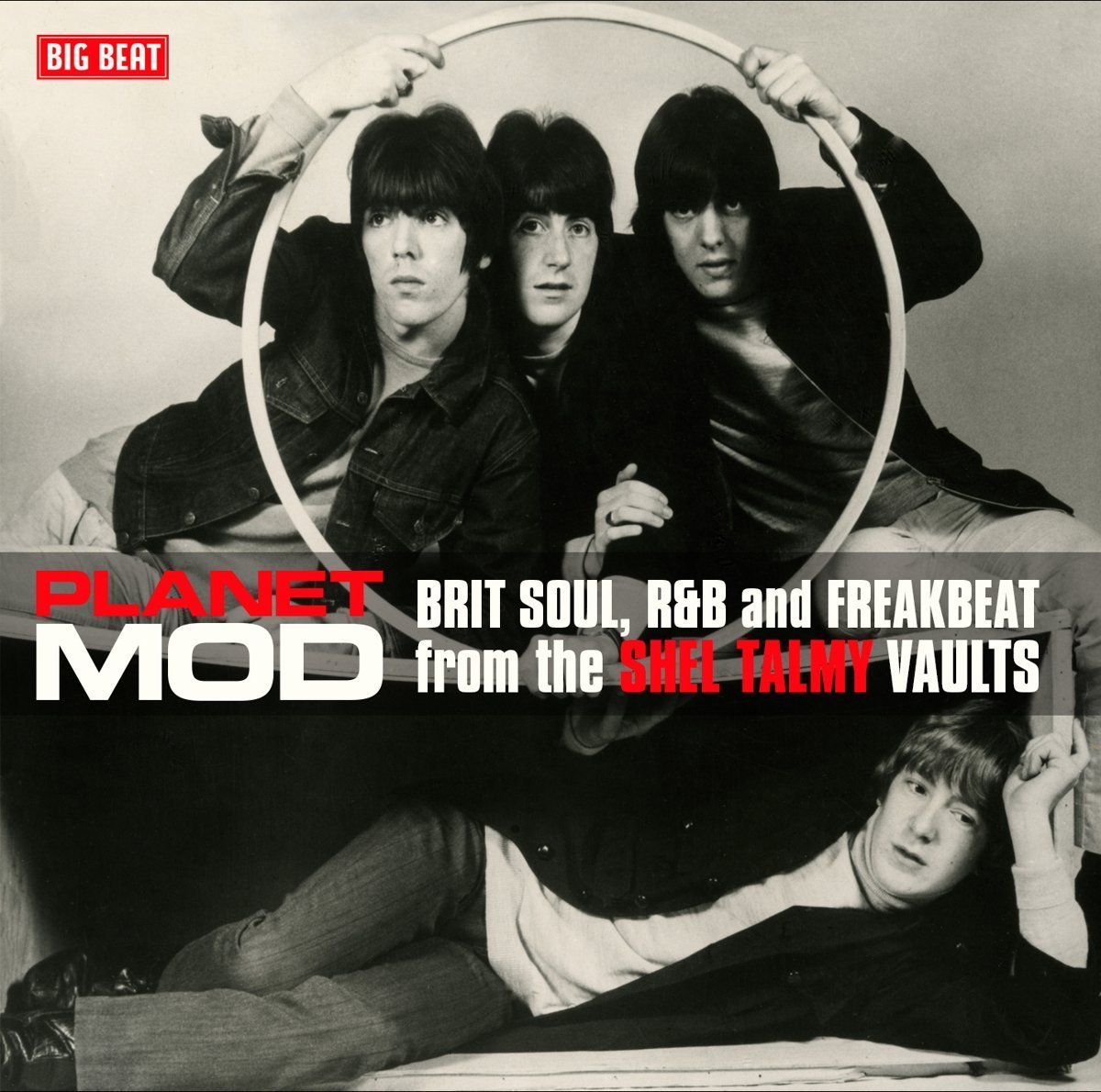 Shel (Sheldon) was a US record producer who pitched up in England in the 60s to ride the beat boom. Best known perhaps for his work with The Kinks and The Who, he eventually set up his own Planet Record and this 24 tracker picks some of the very best from the label.

Given Talmy’s best known outings, it’s not surprising that there are plenty of crashing big beat cuts in the manner of the Who and/or the Kinks. Try the New Breed’s ‘Unto Us’ or the Tribe’s ‘Don’t Let It Be’ for starters. Talmy, though, was no one trick pony and there’s plenty of variety across this album. ‘Call Me Girl’ from the Thoughts is a lovely, melodic Beatles pastiche…. hardly surprising the Thoughts were Scousers… it’s in the DNA!

There’s plenty of American input and influence too. Enjoy classic electric blues on John Lee Hooker’s ‘Mai Lee’; there’s soul from Memphis’ Ray Gates (like Geno Washington, a US service man stationed in the UK) and the UK’s John Lee’s Groundhogs (who, led by Tony McPhee later morphed into The Groundhogs). Anoraks will enjoy having Kenny Miller’s ‘Take My Tip’ a very early David Bowie song while there’s plenty of evidence on where Shel Talmy found his inspiration. The Soul Brothers’ ‘Goodbye So Long’ owes more than a little to ‘My Girl’ while the opening riff on the Untamed’s ‘I’m Going Out Tonight’ channels ‘I Can’t Help Myself’ and plenty more H-D-H productions.

Now 80, Talmy lives in Los Angeles and you can be sure each and every one of these 24 cuts will bring a knowing smile to his lips!