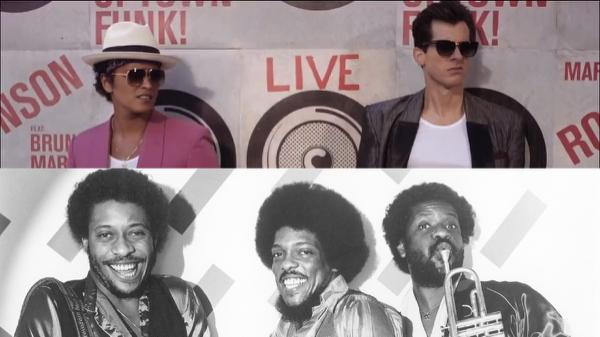 US news sources are reporting that the GAP BAND trio – CHARLIE, ROBERT and RONNIE WILSON have been awarded credits and royalties for the recent Mark Ronson worldwide hit ‘Uptown Funk’.

During litigation between the Marvin Gaye estate and Pharrell Williams over the authorship of ‘Blurred Lines’ it was suggested that the Wilsons were going down the same path with Ronson. The trio believed that Ronson had used their ‘Oops Upside The Head’ as the basis for his multi-million selling, Bruno Mars vocalised hit.

It’s also reported that Nicholas Williams and Devon Gallaspy will also receive credits and royalties off the back of ‘Uptown Funk’. It appears that the lyrics ‘don’t believe me… just watch‘ were snaffled from their song, ‘All Gold Everything’. Confusing? Yes, but it seems that out of court settlements between all parties have ruled that the credits for ‘Uptown Funk’ must now read “Ronson, Mars, Lawrence, Williams, Gallaspy and the Gap Band” and, of course, royalties will be split accordingly.

There is no official confirmation as to whether Ronson’s cave-in was in response to threats of legal action and the possibility of huge legal fees. Who knows what the next case of plagiarism will be?