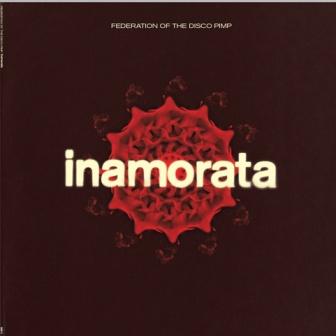 FEDERATION OF THE DISCO PIMP is a Scottish soul and funk band. The 7-piece outfit blends elements of old-school funk, disco, psychedelia and jazz into their well-received live sets and their first album ‘More Than Dancing’ was critically acclaimed and the title track won itself a place on Craig Charles’ prestigious compilation album.

On January 17th the band release their second album with a launch at Glasgow’s Arches Club. The new long player is called ‘Inamorata’ and we’re told that the set draws its inspiration from the Mile Davis track of that name (it was on the icon’s ‘Live Evil’ set) and last year’s Scottish independence referendum! The main theme, it seems, is “forbidden loves” – “distilling ideas of hope, determination, fear and that universal taboo of desiring what you can’t have”.

You’ll have to make up your own minds on that but between them the band (Keyboards – Marco Cafolla; Guitar/Vocals – Michael Berrich; Bass/Vocals – Ross Saunders; Drums – Dade Thomas; Sax – Dave Towers; Sax – Jonny White and Trumpet – Scott Walker) cook up a steaming brew of modern funk, best epitomized by the vocal track, ‘I Love Tomorrow’.