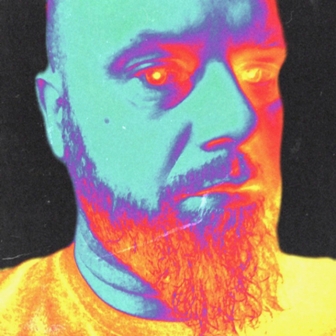 JONAS RENDBO hails from Denmark and he’s been making quality soul for almost two decades. Dubbed the “Godfather of Scandinavian Soul”, he’s released plenty of classy music, toured worldwide and worked with people like Omar, John Legend, Joss Stone, Lynden David Hall and Bilal and despite spending plenty of time in England, his wife’s a Londoner, he’s still to make a major break through here.

Many commentators are saying that that breakthrough is about to happen with his latest single…a lovely, laid-back ‘Pick Me Up’ which is the focus cut on his latest EP. The music on the EP (‘4ward Fast To Future’) was actually recorded back in 2009 for an album and was a collaboration with The Scratch Professor (Omar’s brother, of course).

The EP was completed in April under corona-lockdown in Jonas’ family apartment in Copenhagen, and the stress clearly had no detrimental effect. ‘Pick Me Up’ is a lovely, gentle slice of atmospheric neo-soul with none of the self indulgence often associated with that sub genre. ‘Pick Me Up’ come highly recommended! Out now.