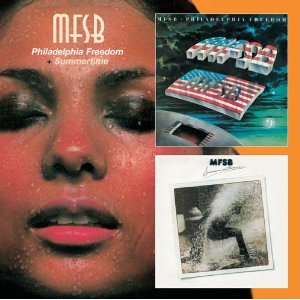 Rare groove spotters and soul collectors should keep their eyes peeled for some fabulous Philly soul reissues that are about to hits the stores.

The UK Edsel label has just reissued BILLY PAUL’S album, ‘When Love Is New,’ originally released on Kenny Gamble & Leon Huff’s famous Philadelphia International label in 1975. It features Paul’s classic hit, ‘Let’s Make A Baby.’ Also first released in 1975 and about to enjoy a new lease of life is ‘Family Reunion‘ by vocal trio, THE O’JAYS, which yielded the big cuts, ‘Livin’ For The Weekend’ and ‘I Love Music’ – also look out for the set’s bonus cut, a reworking of ‘I Love Music’ by legendary mix meister Tom Moulton.

Talking of Moulton, his marathon dance floor retooling of HAROLD MELVIN & THE BLUE NOTES‘ ‘Don’t Leave Me This Way’ turns up as a bonus cut on the reissue of the legendary Philly group’s 1975 long player, ‘Wake Up Everybody.’

Also look out for Edsel’s reissue of THE THREE DEGREES’ ‘The Three Degrees Live,’ a 1975 set that features in-concert versions of the girl group’s hits ‘Year Of Decision, ‘Dirty Ol’ Man’ and, of course, the anthemic ‘When Will I See You Again.’

The studio collective known as MFSB played on virtually every PIR session and two of the  albums they released under their own name – ‘Philadelphia Freedom‘ (1975) and ‘Summertime‘ (1976) albums – are reissued for the first time on a new Edsel 2-CD set. All the reissues are accompanied by liner notes from Philly expert, Tony Rounce.