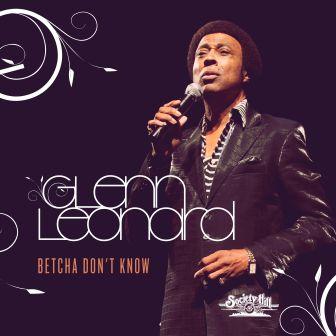 Philadelphia label, SOCIETY HILL, (helmed by Butch Ingram and his brothers) continue with a set of new releases that are sure to please lovers of old school sweet soul.

First up there’s a single on sometime Temptation, GLENN LEONARD. Glen was with the mighty Tempts between 1975 and 1983 and his latest single is gentle ‘Betcha Don’t Know’. The song is very much in the mould of the Temptations with Glenn’s falsetto shining clear over tight harmonies provided by the Ingram Brothers.

And speaking of the Ingram brothers, singing drummer JOHNNY has just released two tunes on Society Hill. One is a steady mid-tempo beater, ‘When I Hear Your Love Calling’ which features some fine, uncredited sax work. The putative B side is a big, old school ballad, ‘I Gave You All Of Me’… drama meets classic Philly! Both songs come from Johnny’s album ‘Love Messenger’.

The name on the third new Society Hill release may be a little less familiar… TRU. Tru is a vocal trio from the New Jersey/Philly are and they comprise Jimi Williams, Billy Maynor and Kenny McIlwaine. They currently have a six track EP on offer; though there are only three songs – you get vocal and instrumental versions of the three. Focus cut is an interesting cover of Aretha’s ‘Daydreaming’. Continuing the “dreamy” theme there’s also ‘Am I Dreaming’ –a falsetto-led ballad, a classic Philly sound. Tru’s third offering is classic Philly too – but this time they channel the up-tempo sounds of MFSB and the whole Salsoul thing. ‘I Don’t Need You Now’ really zips along in the best Philadelphia dance fashion. Available now.