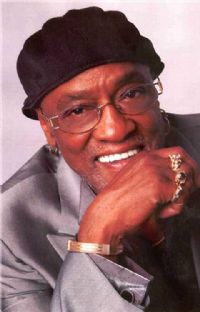 After ‘Standing In The Shadows Of Motown’ and the Stax movie, ‘Respect Yourself’, it’s time for Philadelphia to come into the movie spotlight. ‘Am I Black Enough For You’ – directed by GORAN OLSSON – is set to hit screens (probably art house ones – but check local press) at the end of July. The 91 minute documentary features BILLY PAUL and tells his story via the song that was chosen as the follow-up to his multi-million selling ‘Me And Mrs. Jones.’ The song, of course, was far too political for the crossover audience which had espoused his ‘Mrs. Jones’ and PAUL’S career went on a downward trajectory till he was rediscovered in the 1990s. BILLY features throughout and there’s a telling interview with KENNY GAMBLE.Critics who’ve seen the movie tell us that not only does it tease out the nuances of a great singer’s career, but that it also offers a warts and all portrait of Philadelphia and the racial tensions that bedevilled the city in the 1970s.