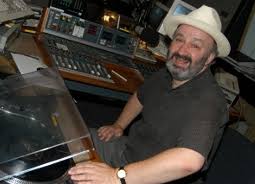 PY was great supporter of this website and though we never met we enjoyed a virtual friendship regularly exchanging soul suggestions and recommending particular artists and songs. Peter, you see, shared the same objectives as us here at SJF. Essentially for him and for us, it is the music that is important; our mutual aim was, if you like, to spread the word… and Peter spread the soul word with a passion. For him it was all about the music. His shows never had gimmicks nor did he push his personality… the consummate soul broadcaster.

Born in London in 1951, Peter told me that the first soul single he ever bought was Stevie Wonder’s ‘Fingertips’ and , he said, it showed him that there was much more to music than Elvis and the Beatles. He eventually started his broadcasting career working for the radio station at the United Biscuits factory. From there he joined Capital Radio before linking up with the team at the then newly formed Jazz FM. Then a stint at BBC Radio London before a return to Jazz FM where he presented the legendary Soul Cellar show which in recent years was a must listen on a Saturday afternoon. Working as a consultant for various record labels, Peter also complied and curated a series of excellent alums under the Soul Cellar banner.

Sadly in the summer of 2017, ill health forced Peter to retire from broadcasting. Jazz FM posted a tribute to Peter on Friday afternoon: “We are very sad to announce the passing of our dear friend and colleague Peter Young. A true Jazz FM and UK broadcasting legend who will be missed by all of us here.” We can only endorse that.