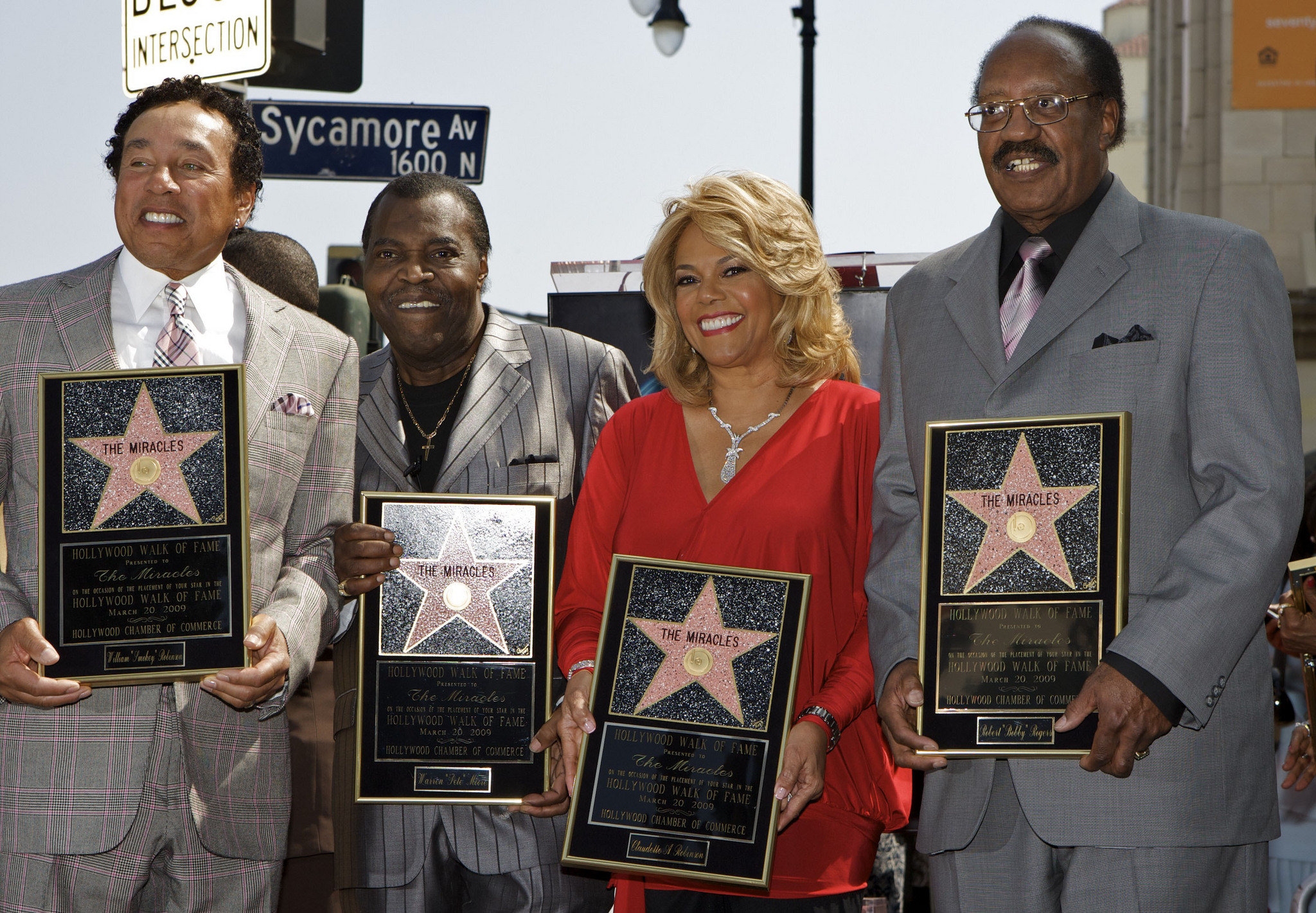 PETE MOORE – founder and long serving member of the Miracles – died on Sunday 19th November – it was his 78th birthday. Right now, few details are available save that Moore died in Las Vegas. (Pete is pictured above, second left, with Smokey, Claudette Robinson and Bobby Rogers who died in 2013 – at the Hollywood Walk of Fame awards ceremony in 2009).

Warren “Pete” Moore was born in Detroit in 1939 and was a childhood friend of Smokey Robinson. At high school, the pair formed a vocal group with other school pals. Originally called the 5 Chimes, they became the Matadors, then after signing with Motown they became the Miracles. Moore was the group’s distinctive bass voice and also a song writer, working with Smokey to craft classics like ‘The Tracks of My Tears’, ‘Ooo Baby Baby’ and ‘My Girl Has Gone’. Moore also co-penned ‘It’s Growing’ and ‘Since I Lost My Baby’ for the Temptations and Marvin Gaye’s million sellers, ‘Ain’t That Peculiar’ and ‘I’ll Be Doggone’.

When Smokey Robinson left for solo success in ’71, Pete remained with the group (now fronted by Billy Griffin) and the Miracles continued to enjoy considerable success till they folded in 1978. Their biggest hit of this period’ ‘Love Machine’ was a Moore song.

Today Berry Gordy posted: “I am deeply saddened to hear of the passing of Warren ‘Pete’ Moore, a fine human being and valued member of the Motown family. Pete was an original member of my very first group, the Miracles. He was a quiet spirit with a wonderful Bass voice behind Smokey Robinson’s soft, distinctive lead vocals and was co-writer on several of the Miracles hits. A gentleman, loving husband, devoted father and loyal friend, we all loved him and will miss him.”