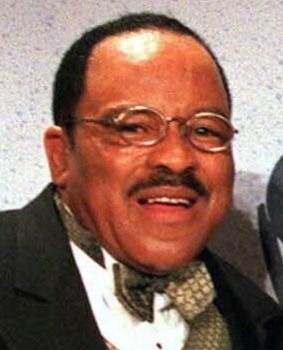 PERVIS STAPLES, an orignal part of the Staple Singers, died on Thursday May 6th at his home in Dolton, Illinois. He was  85. No cause of death has been  given.

Pervis Staples was born in November 1935 in Drew, Mississippi. The family soon moved to Chicago, where he became friends with the likes of Sam Cooke, Lou Rawls and Jerry Butler. His father Roebuck “Pops” Staples formed the family-centric Staple Singers with his children Cleotha, Pervis and Mavis in the late 40s. They sang in churches in and around Chicago and soon recorded for a variety of record labels, amongst them Vee Jay, Epic in 1965 and Stax three years later. It was Pervis who urged Pops to let the group sing secular “message” music, not just traditional gospel; it’s said that Pervis took the stance after hearing Martin Luther King preach. Pervis is reported to have said “‘If he can preach it, we can sing it”.  Staples’ songs ‘Why (Am I Treated So Bad)?’, ‘March Up Freedom’s Highway’ and ‘It’s a Long Walk to DC’ became Civil Rights anthems.

Pervis was never a permanent member of the Staple Singers. His place was taken by sister Yvonne while he was in the army and after demob he returned for a short while but quit permanently after the family  recorded their  ‘Soul Folk in Action’ album, their first for Stax.

Away from the family group Pervis also featured on Stax duets with Carla Thomas on ‘I’m Trying’ and ‘It’s Unbelievable How You Control My Soul’ for the LP, ‘Boy Meets Girl’, in 1969. He also appeared on the all-star, ‘Soul-A-luja,’ track that featured Stax artists such as Johnnie Taylor, William Bell, and Mavis Staples. Pervis also managed another Chicago act, The Hutchinson Sunbeams, who later became The Emotions.  He was also involved with several business ventures, including the oddly named Perv’s House, a successful nightclub that was one of the most popular nightlife spots on the south side of Chicago in the 1970s.

Pervis is survived by six children, seven grandchildren and seven great-grandchildren. In tribute his sister Mavis has written:” “Pervis was one of a kind – comical and downright fly. He would want to be remembered as an upright man, always willing to help and encourage others. He was one of the good guys and will live on as a true Chicago legend.”