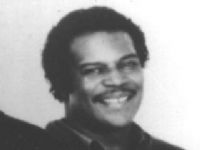 There’s more sad news for the soul community with the news that PERVIS JACKSON – one of the founding members of the SPINNERS – had died in Detroit aged 70. JACKSON had last appeared with the legendary group in California in July, but last month he was diagnosed with brain and liver cancer. He was admitted to Detroit’s Sinai-Grace Hospital but died there on Monday August 18. Known as “Mr. 12.45” – because of his trademark bass part in the hit ‘They Just Can’t Stop It (Games People Play)’ – Jackson was acknowledged in the business as true professional and was the group’s de facto spokesman. He’s survived by two original SPINNERS – HENRY FAMBROUGH and BOBBIE SMITH, two daughters, two sons and his wife of 40 years, CLAUDREEN. She said, “I don’t know how many people get to live their lives they way they want, but he was one of them.”