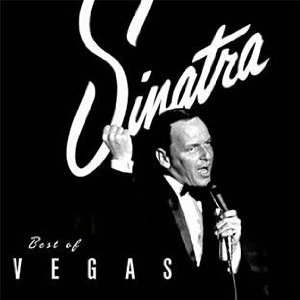 In 2006 Reprise Records issued a 5CD box set featuring live recordings made by FRANK SINATRA during his many residencies in Las Vegas. The set was pricy by anyone’s standards, so now the label has issued a single CD sampler – ‘The Best Of Vegas’.

The 17 tracks distill the “live” essence of the greatest popular vocalist of the 20th century. The recordings were made at either Caesar’s Palace or The Golden Nugget and include great versions of ‘Moonlight In Vermont’ and ‘I’ve Got You Under My Skin’ along with a typically laconic Sinatra monologue. QUINCY JONES leads the band on a number of the tracks.