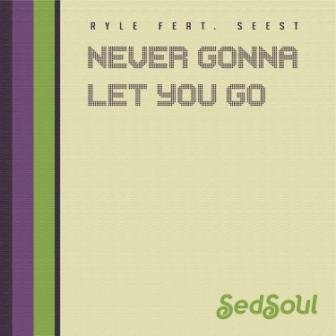 With Christmas still ahead of us many of soul’s big names are already looking to 2016 and planning some big new releases. Amongst these forward thinkers are the COOL MILLION team, or more specifically one half of the duo, FRANK RYLE.

Simply using the name RYLE, Frank is putting the finishing touches to a 2016 album called ‘The Adventures Of Jefferson Keyes’. We’re told the album is a concept set based around the collaboration of singers and musicians from Denmark, Germany, the US and the UK. And Jefferson Keyes? Well, he’s a character from an obscure 70s TV series. Amongst the musicians on the album is the other half of Cool Million, Frank Hardt, who also collaborates with Frank on the production and arrangements. The album will also be released on their Sed Soul imprint, so, clearly the whole Cool Million thing is still very much alive and well!

The album will be heralded in January with the release of the lead single – a wonderful slab of, upbeat, optimistic soul called ‘Never Gonna Let You Go’. The vocal on the song comes from Danish singer Seest and his soulful conviction absolutely nails things! The sound, the production, the beats, indeed the whole vibe, embodies everything the soul community has come to know and love about Cool Million!