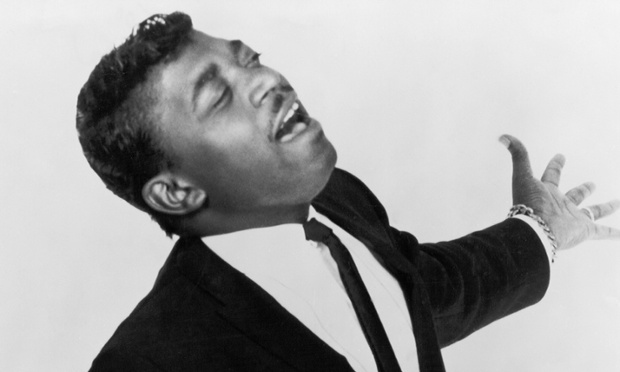 Legendary soul singer PERCY SLEDGE – always know for his ground-breaking hit ‘When A Man Loves A Woman’ – died today, Tuesday 14th April. He was aged 74. His management company confirmed that Percy died at his Baton Rouge home. No reasons for his sad passing were given but it was common knowledge that the singer had had surgery for liver cancer last year.

Percy Sledge was born in Leighton, Alabama in 1941 and on leaving school he worked in the cotton fields before finding a job as a nurse in a local hospital. He always had ambitions to sing and formed a vocal group called The Esquires Combo but a local DJ, Quin Ivy, was so impressed by Percy’s vocal range that he suggested he go solo. Ivy was equally impressed by a song that he’d written – ‘When A Man Loves A Woman’ and in 1966 he had Percy record it down in Muscle Shoals. When it started to sell, Ivy licensed it to Atlantic who oversaw its rise to no 1 on both the pop and R&B charts. It was the first #1 to be recorded at Muscle Shoals. In a BBC interview Percy explained how he got the special vocal sound that dominated the record: “When I came into the studio, I was shaking like a leaf. I was scared. It was the same melody that I sang when I was out in the fields. I just wailed out in the woods and let the echo come back to me”.

In 1966 Percy Sledge enjoyed two more hits – ‘Warm And Tender Love’ and ‘It Tears Me Up’ and in ’68 he charted again with ‘Take Time To Know Her’. Subsequently the hits dried up but he continued to record and his output was revered by collectors of raw, Southern soul.

In 1974 his ‘I’ll Be Your Everything’ was a minor hit for Capricorn records but after that he dropped from the sales radars. He did though continue to tour and record and in the 80s he enjoyed a renaissance (and a surprise hit) when ‘When A Man Loves A Woman’ was featured in a jeans commercial. The song was also a staple of various film soundtracks.

In 1989 Sledge won the Rhythm & Blues Foundation’s Career award and he toured regularly even after his 2014 surgery. Percy regularly toured the UK – often as part of David Gest’s soul revues –  and those who saw him will attest that despite having sung THAT song thousands of times he always brought a freshness, delight and passion to it.

Sadly, back in 1966 Percy had signed away all his rights to his signature song to writers Calvin Lewis and Andrew Wright: “I didn’t know any better. I had the melody in my mind so I gave that song to them. I felt like if God fixed it in my mouth to give it to them I won’t change anything about it. I’m satisfied with what I wrote but I cut my kids out of so much because I gave it to someone else – I just wasn’t thinking.” Whatever, Atlantic’s Jerry Wexler called the song and Sledge’s performance, “a transcendent moment ….a holy love hymn.”

Percy Sedge is survived by his wife and children.