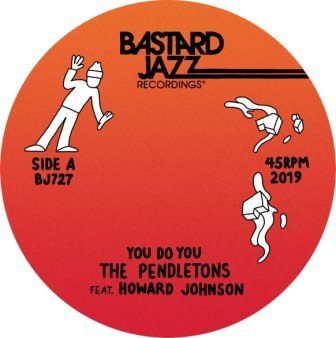 THE PENDLETONS are a soul and funk duo working in and around San Francisco. They are E da BOSS and TRAILER LIMON and they debuted in 2010 with the well-received single ‘Coming Down’/’Waiting On You’. A smattering of other releases garnered the band a cult following – amongst those fans Gilles Peterson who licensed their music for his ‘Brownswood Bubblers’ compilation.

The pair are now readying their first full length album – ‘2 Steps Away’ due this autumn on the Bastard Jazz imprint. In the meantime they’ve just released a very tasty, double A side lead single…. ‘You Do You’ and ‘Life To Me’.

The former is a solid modern soul groove that features Howard Johnson from Niteflyte. Anoraks will recognize him as the vocalist on Kashif’s ‘So Fine’. The latter is a bass heavy groove that is also perfect for the modern soul room. Both tunes have a lovely 70s/80s feel and come highly recommended!