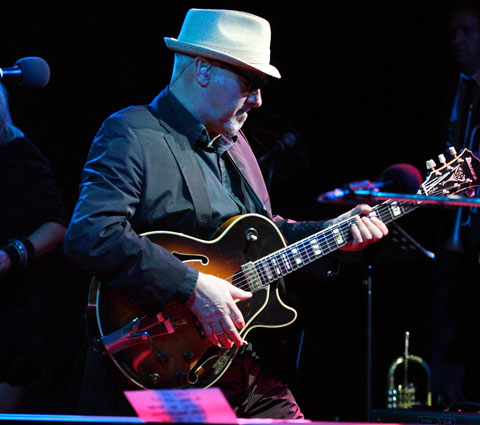 Everyone’s favourite Brit blue-eyed soulster, PAUL CARRACK, is well into his annual UK tour. With a number of dates already under his belt, there are still plenty of opportunities to catch the charismatic Sheffield singer. This weekend Paul’s in Guildford and Portsmouth; and the mammoth tour ends at Milton Keynes at the end of March 2015. In between, he’s sure to be playing somewhere near you.

Paul’s two hour show features his usual mix of Carrack originals and well-chosen soul covers – including versions of things like Bobby Bland’s Ain’t No Love In The Heart Of The City’, Ray Charles’ ‘You Don’t Know Me’ and the Drifters’ ‘When My Little Girl Is Smiling’. Naturally the set list also includes classics like Ace’s ‘How Long’ and Mike and the Mechanics’ ‘Living Years’ – songs on which Paul was the featured lead vocalist. Acknowledged show highlight, though, is a moving version of Gerry and the Pacemakers’ 60s ballad ‘Don’t Let the Sun Catch You Crying’.

For full details of the remaining tour dates go to www.paulcarrcak.net . In the meantime our search engine archive (top right) will allow you to access a full review of his latest album, ‘Rain Or Shine’ and an-depth interview.