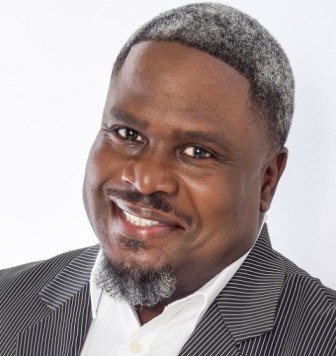 Grammy-nominated gospel singer and record label founder, TROY SNEED died on Monday April 27th. He was 52 and another victim of Covid 19.

Born in Florida, Sneed’s passion was American football but injuries put paid to a promising career and he turned to gospel music working first with the Florida A&M University choir. After graduating and a short spell as a teacher he was appointed minister of music for Georgia Mass Choir. In 1999 he made his solo recoding debut with the album ‘Call Jesus’ and in 2003 he formed his own Emtro label (with his wife Emily). The label issued Sneed’s own work and albums from people like Bruce Parham. Sneed enjoyed over a dozen Billboard gospel hits and his last album, ‘All My Best’, was released last year.

Sneed is survived by his wife of 27 years and their four children, Troy Jr., Evany, Trey and Tyle.

New Orleans artist BIG AL CARSON (left) died on Sunday April 26th. He was 66 and had suffered a heart attack. Born Alton Carson in 1953, he worked to keep the blues and jazz traditions of his native city alive and was an almost permanent fixture on the Bourbon Street circuit.  He led the Blues Masters band and worked with many other Crescent City musicians.