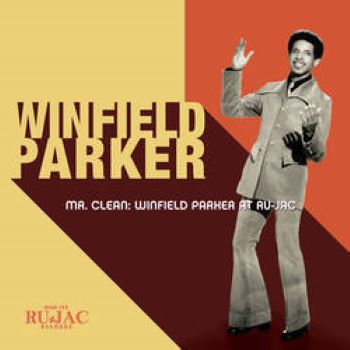 January has seen more deaths of black music stalwarts. US sources are reporting the passing of soul man and sax player WINFIELD PARKER. There are few details, save that Parker, based in Baltimore, was 78 and died of Covid complications.

He began his career playing sax and guitar with people like Little Richard and Ike Turner. He also worked with Otis Redding who, music legend has it, wrote ‘Sweet Soul Music’ for him. The legend adds that Parker got lost on the way to the studio and so, with precious studio time running out, Redding cut it with Arthur Conley! (Winfield’s ‘She’s So Pretty’ bears an uncanny resemblance to ‘Sweet Soul Music’). Later, working with his home city’s Ru-Jac Records, Parker enjoyed moderate success, though, with time, many of those Ru-Jac recordings like ‘Mr Clean’ and ‘Shake That Thing’ have become collectors’ items. Parker eventually moved to Spring where his energetic version of Edwin Starr’s ‘SOS’ is now another collectors’ item.

By the mid-80s Winfield Parker had moved into gospel music. He suffered with throat cancer in 2013 but continued working – both as an entertainer and pastor.

We’ve also learned of the death of DUKE BOOTEE. Born Edward Fletcher, Duke was a hip-hop pioneer working with the Sugar Hill collective that delivered Melle Mel and Grandmaster Flash’s ‘The Message’. He followed this with ‘Message II’ and ‘New York, New York’ again both credited to Grandmaster Flash and the Furious Five. He quit music in the 1990s to train as a teacher. He died on January 13th of congestive heart failure. He was 69.

Jazz and soul bassist NATE WHITE has also died in the last week. He was being treated for cancer. Hailing from Cincinnati, White started in the music biz aged just 16. He went on to form a band, Saturday Night Special, who, after being mentored by Roy Ayers, became RAMP (Roy Ayers Music Productions). They cut the LP ‘Come Into Knowledge’ for ABC Records which featured their take on ‘Everybody Loves The Sunshine’.