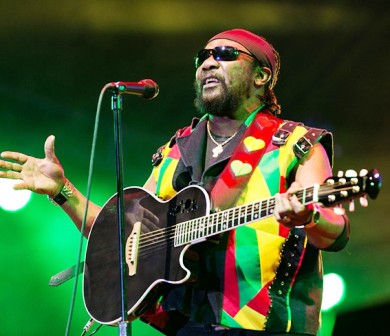 The past week has seen more sad passings within the music community. Major news sources are reporting the death of TOOTS HIBBERT, frontman of the pioneering reggae band Toots and the Maytals. He was 77. His family said he had died on Friday 11th September. The cause was not disclosed, but he had recently been taken to hospital with Covid-like symptoms.

Born Frederick Nathaniel Hibbert in May Pen, a town about 30 Miles west of Jamaica’s capital, Kingston, in December 1942, he was the youngest of seven children, he grew up singing gospel music in a church choir – but it was school where he formed his ambition to become a performer using the nickname “Toots”. He went on to enjoy 31 number one singles in Jamaica where his gruff sound saw him nicknamed “The Otis Redding of Reggae”. He even claimed have coined the genre’s name, on his 1968 song ‘Do The Reggay.’ In the UK his biggest hits were ‘Pressure Drop’, ‘Sweet and Dandy’, and ‘54-46 That’s My Number.’ That latter, inspired by his time in jail for marijuana possession, was a particular favourite amongst sections of the soul community.