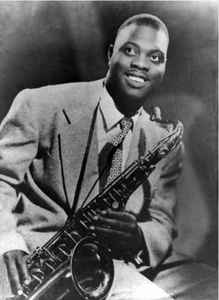 McNeely began his career way back in the 40s working with Johnny Otis, and then working for Savoy Records he had his first hit in 1949 with ‘The Deacon’s Hop’. He worked steadily through the 50s and 60s – both as a solo artist and an in-demand side man. However in ’71 he quit music and became a postman! In the 80s he made a musical comeback and was eventually inducted into The Rhythm and Blues Music Hall of Fame.

Though details are sketchy, it’s also reported that JOHNNY DAWSON of Motown group, the Elgins died this month. Dawson was a founder member of the group … originally called the Downbeats. They occasionally backed Marv Johnson and this link brought them to Motown but their recording career there was, to say the least, sporadic. In 1965, by them fronted by Saundra Edwards, they did hit with ‘Darling Baby’ and it was at this time that they started using the Elgins tag (a name occasionally used by the Temptations). They also enjoyed chart action with ‘Heaven Must Have Sent You’. In ’67 they broke up but an early 70s a reissue of ‘Heaven Must Have Sent You’ became a huge European hit and the group reformed to promote it. In the 80s they also worked with Ian Levine’s Motorcity set up.