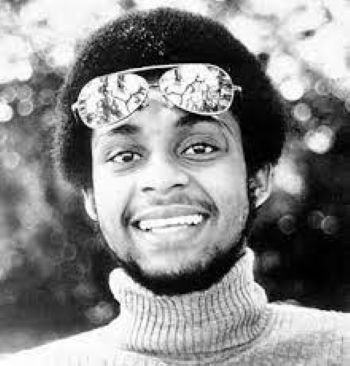 The last few days have seen the passings of two black music stalwarts – from different genres but each leaving their own special legacy.

Soul man and guitarist VERBON BURCH died on Friday 23rd September. Different sources offer different ages for Vernon – but the general consensus is that he was 67. Few details of his passing are available.

As a guitar player, Vernon worked with the Delfonics and the Bar Kays and for a while he was a member of the Stax studio band. As a solo artist he worked for a number of labels in the late 70s/early 80s. His biggest  hits were ‘Do It To Me’, ‘Changes’ and his dance hit “Get Up’ which Deee-Lite used as the chassis for their Groove Is In The Heart smash.

In later life Vernon worked as a minister and in 2011 released a gospel album, ‘The Inside Out Project’ on which he was billed as the Reverend Vernon Burch.

Jazz saxophone star PHARAOH SANDERS died today, 24th September. He was 81 and his team posted: “He died peacefully surrounded by loving family and friends in Los Angeles earlier this morning”.

Born in Little Rock, Arkansas in 1940 with the birth name Farrell Sanders, Pharaoh was a prolific player and will probably be best remembered for his work with John Coltrane in the 60s while the soul crowd will have fond memories of his 70s work, notably the material he recorded with Norman Connors.

Sanders released over 30 album as leader and as  he established his own unique sound for which critics coined the tag, “Spiritual jazz” to describe its mediative, ethereal aesthetic . Maybe his most fitting epitaph actually was coined many years ago when Ornette Coleman described him as “probably the best tenor player in the world”.