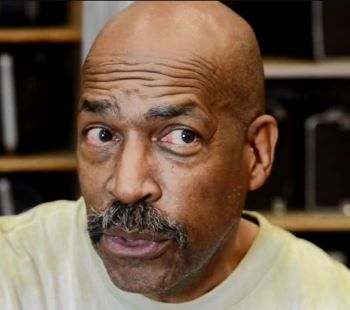 US media sources are reporting the passing of  two more contributors to the soul and disco scene. Reports state that REGGIE ANDREWS has died. Andrews was a songwriter, producer and pianist  most-noted for co-writing and producing the Grammy Award winning smash hit ‘Let It Whip’ for The Dazz Band. He was also part of the band, Karma  and worked with people like Patrice Rushen, Tyrese, Donald Byrd, Switch, DeBarge, and Rick James. In later life he was a  music teacher at Locke High School in Los Angeles, California.

Grammy winning multi-instrumentalist, songwriter and producer, and brother of soul singer supreme Regina Belle-Battle, BERNARD BELLE has also recently died. Bernard’s first foray in the music biz was as guitarist with the Manhattans but he is probably best known for working with Teddy Riley. He also co-wrote ‘Remember The Time’ for Michael Jackson  and also worked with Guy, Bobby Brown, Whitney Houston, Glenn Jones and his sister, Regina. In more recent times he moved into gospel music collaborating with Doc Powell, Donny McClurkin, Marvin Sapp, Yolanda Adams and many more. Bernard and Regina are pictured together (above).